Skip to content
HomeWhat Competition SHOULD Mean for Coaches

What Competition SHOULD Mean for Coaches

As coaches we have all seen opposing coaches take things too far. Whether it be running up the score, failure to adhere to recruiting guidelines, or over utilizing off-season workout times, we have unfortunately seen these unethical behaviors in our sport. All of these types of dishonorable actions are inconsistent with the idea of interscholastic athletics. 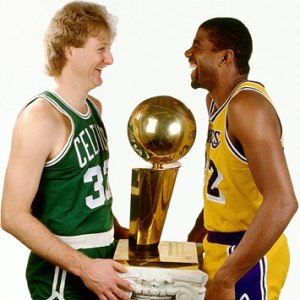 Why must coaches break (or even bend) the rules in order to “get ahead”? – This is easy. I can answer it one word: “INSECURITY.” For many, it may be job insecurity. There is no doubt that too many school boards and administrators make decisions based solely on win-loss records. Schools need to factor in how coaches are educating their athletes in all aspects of their life and the factors involved in their coaching environment. Also, improvement in their teams and individual athletes should be a measuring stick. Personal insecurity is the other issue. We need coaches with emotional intelligence. Coaches need to be confident enough in their own abilities to coach under the rules and guidelines provided. To read more about emotional intelligence for coaches check out these recent blog posts:
https://coachxcellence.com/2013/07/15/emotional-intelligence-for-coaches-blog-1-of-2/ (Emotional Intelligence for Coaches – Part 1);
https://coachxcellence.com/2013/07/18/emotional-intelligence-for-coaches-blog-2-of-2/ (Emotional Intelligence for Coaches – Part 2)

What message are we sending when we break the rules? – I have said it before: Coaches must model the behaviors we want our athletes to ultimately act upon. When coaches break rules and their athletes are aware of them, we are letting them know it is alright to occasionally break rules in life. Aren’t we the same coaches who demand that our athletes “do things the right way” or tell them that “playing for me is going to make you a better person”? Coaches, we have to be consistent in our actions and our words.

So what, everyone else is doing it? – No, not everyone else is doing it. And your unethical behavior is disrespectful to the coach who is doing things the right way, providing a standard of leadership to his athletes. Also, it is disrespectful to your sport. Rules and regulations are established for reasons. When those rules are broken, you compromise the integrity of your sport. Ask Major League Baseball administrators about its integrity and how it relates to performance-enhancing drugs.

What SHOULD competition mean? – Competition should mean that coaches are teaching athletes how to play as hard as they can within the rules of their sport. Demonstrating respect for their opponents should be imminent. Teaching kids how to compete should be part of an athletic program’s co-curricular message, and not an extra-curricular activity that stands by with its own set of rules.

A Story about True Competition – My coaching mentor, the late Bill Brewer, provided a great example of what competition looks like when I was his assistant at Roger Bacon High School. “Brew” was very close with another high school coach in the Cincinnati area, Fred Hesse. Fred is a former head coach at Badin High School and a current assistant at Moeller High School. Those guys loved competing against each other and coached against each other many times with league championships and trips to the state tournament on the line. Nonetheless, there was a tremendous amount of respect in their competition. There was so much respect that Fred would go out to dinner with us sometimes after we played Badin. I’ll never forget what Fred told me at Brew’s funeral visitation. He said, “We made each other better coaches.” Now isn’t that what true competition should be?

Question: What does competition among coaches mean to you?

4 thoughts on “What Competition SHOULD Mean for Coaches”